I had a somewhat unusual childhood — as you may know if you have read some of my previous posts.

Most of it was “normal” (in a privileged, white, male, upper-middle-class way).

I grew up with a mother, a father, three siblings, and various animal friends.

I had chicken pox.

I listened to James Taylor, the Beatles, Buffy Saint Marie, Cat Stevens, Peter, Paul & Mary, and Carly Simon (among others) for hours on end. 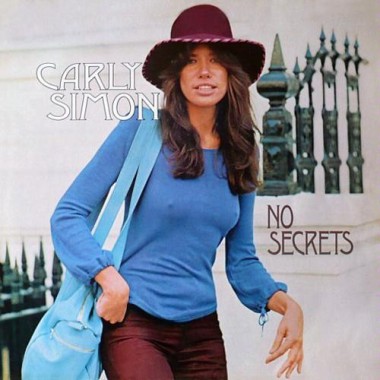 One of my favorite Carly Simon/Jacob Brackman songs is “The Carter Family” — from her great album, No Secrets — which I recorded a few years ago with pianist Doug Hammer during a rehearsal for a show called Songs about Parents and Children.

You can listen to it using the player at the beginning of this post.

Up until the age of ten I liked to walk, run, bike and climb around our neighborhood in Washington, DC after school (which was Sidwell Friends, where the Obama daughters have been educated in recent years).

We lived in a semi-attached house on the corner of Porter and 36th Street.

Next we lived for a year in Queens, NY (in my grandmother’s house where my mom had grown up) while I was a standby for the very small role of Theo in the original production of Pippin. 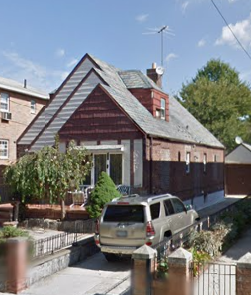 When my mom moved there as a child, it was the first house standing on the block — and by the time my siblings and I knew it in the 1960s and 70s, it was the only house on the block which still had open space on both sides of it.

My grandmother had an organic garden; blueberry, gooseberry and currant bushes; lots of trees (I remember scaling oaks, mimosas, hemlocks and locusts); and big lawns on which we could play with our neighborhood friends.

I don’t recall my grandmother ever “nagging at me to straighten up my spine” (as Carly Simon sings in “The Carter Family”), but I definitely miss this childhood eden.

When my grandmother died, my mother sold this house and a developer immediately built two big houses in what had been her side yards.

I definitely miss this place “mo-o-o-ore  than I’d ever have guessed.”

In fact, I dream about it on a regular basis…

Then we moved to the northwest corner of Connecticut — where I attended our local public school and rode my bike up and down the hilly country roads, exploring the woods and fields around our house.

We did not have a swimming pool. Someone else added that after we sold this small log-cabin-style house…

Interspersed within my relatively privileged and relatively normal childhood were days, weeks, and sometimes months when I worked professionally as an actor.

That was not normal.

That was walking into a room full of strangers and doing whatever one needed to do in order to be hired for the job.

That was a lot of anxiety and disappointment interspersed with a few moments of elation — when I learned from my agent that I had been hired to do a commercial or modeling job or voice-over or theatrical production or made-for-TV movie.

The elation inevitably morphed into fear as the date for the actual gig approached.

And then — depending upon the kindness and patience and generosity and humor of the people in charge — the filming or recording or photo shoot or performance was more (or less) bearable.

I do NOT miss working as an actor mo-o-o-ore than I’d ever have guessed. It’s a very stressful life.

Since this was before the era of the VCR, most of the commercials, voice-overs, and TV movies I made were lost along the way — ephemeral bubbles in the incessant flow of popular (and to a large extent disposable) culture.

So I was happily shocked when two of my cousins looked up a TV movie I had made in 1975 called Bound For Freedom and discovered that it had recently been uploaded in four chunks onto YouTube!

If you are curious to check out the first chunk, you can click here.

That’s me being sold into indentured servitude by my father during the opening sequence.

I played a character named James Porter, and I had a lot of strawberry blond hair back then…

This is a photo from that movie which I found for sale on Ebay.

If my memory serves me, Bound For Freedom was originally broadcast on NBC during the Sunday night time slot usually filled by a Disney movie.

However, the husband and wife team — Suzette and David Tapper — who produced and directed the movie also managed to incorporate it into the social studies/American history curriculum of a few elementary schools in the late 1970s.

I learned about this when a friend in high school, John Gallup, told me how he and some of his classmates at Salisbury Central School had sometimes quoted lines from the movie to each other in jest.

Today I am VERY grateful to a man named Ethan Hamilton (as well as his teacher who at some point loaned him her VHS copy of Bound For Freedom) for recently uploading it to YouTube.

The main thing I remember from making Bound For Freedom is how kind and generous Fred Gwynne was as a fellow actor.

I may have written about this in a former blog post… but it made an impression many decades ago and bears repeating.

Often a non-actor on a movie’s staff will fill in for the star of the movie and read their lines off camera when other people’s closeups are being filmed. This gives the star a break.

But Fred, although he was the recognizable star of this project — having been a main character in the hit TV series Car 54, Where Are You? as well as in The Munsters — willingly stood off camera and interacted with me when my closeups were being filmed.

And something in the kind and empathetic way he made eye contact pulled all sorts of emotions out of me which I doubt I would have been able to access otherwise.

If you have time or interest to watch any of Bound For Freedom, you will see that Fred shines in a gentle, understated way throughout the entire film.

And I AM surprised to find that I miss him mo-o-o-ore than I’d ever have guessed.

Thank you, Fred Gwynne, for your generous spirit.

Thank you, Carly Simon and Jacob Brackman, for writing such a wise and beautiful song.

Thank you, Doug Hammer, for our decades-long creative relationship.

Thank you for the astounding magic of the internet which allowed me to find the images for this post.

And thank YOU for reading and listening to another blog post.