This afternoon I saw an airplane rising in the sky above Boston. 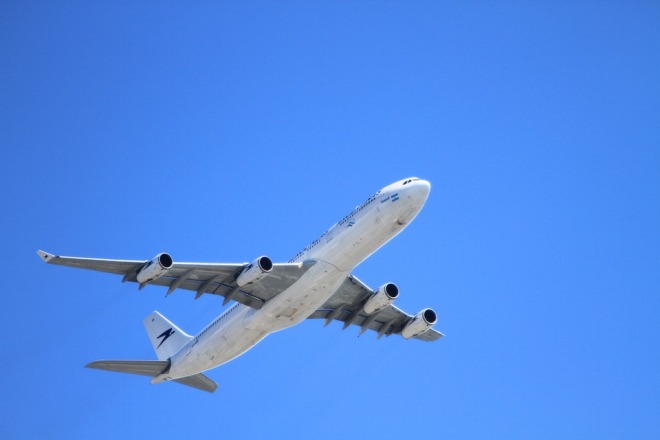 As usual, I was amazed that such a huge and complicated chunk of metal could become airborne.

Apparently it has something to do with the Bernoulli Effect.

In online article by Matthew Reeve I learned that “Daniel Bernoulli was an eighteenth-century Swiss scientist who discovered that as the velocity of a fluid increases its pressure decreases.

This can be demonstrated when a constant flow of fluid or gas is passed through a tube, and a section of the tube is constricted.

At the point of constriction, the flow will speed up and there will be a drop in pressure against the walls of the tube.

This principle has become widely known as the Bernoulli Effect.”

The Bernoulli Effect explains why planes fly AND why we are able to produce sound with our vocal cords.

“The two results of the Bernoulli Effect can be explained with two examples.

Flow increase: When you place your thumb over the end of a running hose, the flow of water speeds up and travels further across the garden. At the point of constriction velocity increases.

Air pressure drop: An airplane’s wing is shaped so that the bottom is flat and the top is curved. When air flows across the top of a plane’s wing, it travels faster and the lower pressure creates lift.”

This keeps the plane aloft.

I first heard about the Bernoulli Effect in a voice lesson with Professor Eugene Rabine.

He was attempting to explain to me how our vocal cords — which are more accurately called vocal folds — vibrate to produce sound.

When we make a sound using our voice (also know as phonation), our vocal folds are pulled together by a team of small, strong, sophisticated muscles.

During phonation, the stream of air coming up from our lungs through our wind pipe/trachea is momentarily stopped by our vocal folds.

At this point pressure begins to build up below the vocal folds. 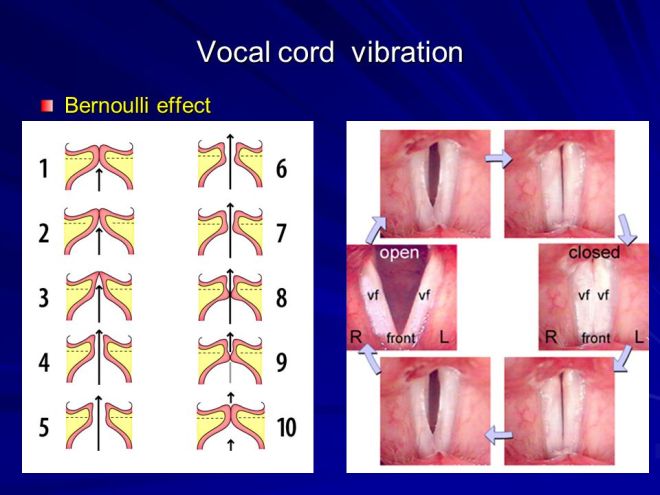 Back to Matthew Reeve’s article…

The airstream through the vocal folds then accelerates causing a drop in pressure.

This drop in pressure then sucks the vocal folds back together.

Air pressure under our vocal folds then builds up again and the process continues.”

This cycle of our vocal folds opening and closing — hundreds of times per second — creates the waves of air pressure that we recognize as sound.

Reading about the Bernoulli Effect reminded me of a recording of “The Wind Beneath My Wings” that pianist Doug Hammer and I made during a rehearsal for a memorial service a few years ago.

It combines the act of singing with the imagery of flying.

Thank you to Nicki Nichols Gamble for asking me and Bobbi Carrey to sing at her husband’s memorial service — and for requesting this particular song.

Thank you to Doug Hammer for his terrific piano playing and for his engineering expertise.

Thank you to David Gay, Eugene Rabine, Roland Seiler, Craig Wich, Mary Klimek, and all of the other human beings who have taught me about healthy vocal function.

Thank YOU for reading and listening to another blog post — and thank you to everyone who continues to offer me positive feedback and enthusiastic support for my music-making.

You are indeed the wind beneath my wings.

And — echoing the final lyrics of the song — I also give thanks for the Bernoulli Effect, which allow planes to fly and human beings to sing!